Statistics Regarding Victims of Blasphemy Laws (1987-2021) 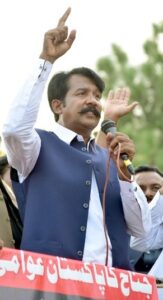 Presentation by the lawyer Akmal Bhatti,  director of the Minorities Alliance Pakistan (MAP) To the press conference “Is Suspension of Pakistan’s GSP+ Status Overdue?” at the Press Club Brussels, hosted by Human Rights Without Frontiers (HRWF) Brussels, 9 September 2021

PAKISTAN – From 1987 to August of 2021, 1,865 people have been charged under the blasphemy laws, with a significant spike in 2020, when 200 cases were registered. Punjab, the province where most Christians of Pakistan live, is leading, with 76% of the cases and 337 people in prison for blasphemy. The Lahore District Jail houses the largest number of these inmates (60). Also, at least 128 people have been killed by mobs, outside of any judiciary process, after being accused of having committed blasphemy or apostasy. This occurred without any access to an investigation into the charges. No one has been arrested for these murders.

The increasing trend to misuse the Blasphemy Laws intensifies communal hatred, religious intolerance and persecution against religious minorities in Pakistan. The law is often used as a tool to settle personal scores, false witnesses are bought, and the burden of proof lies with the accused. These incidents have fostered a climate of religiously-motivated violence and persecution that is mounting day by day.

Even more discrimination is imposed upon minorities with the Single National Curriculum (SNC), in force since mid-August 2021. The SNC is a means of indoctrination of an already conservative society. In the first phase, which started from March 2021, the government is making it mandatory for students from grades one to five to be acquainted with deeniyat (religious books on Islam). In the Urdu textbook for Grade 2, children are being instructed to recite the naat (poem in praise of Prophet Muhammad), and additionally, a chapter on the life and history of Prophet Muhammad is to be introduced in the eighth, ninth and tenth grades.

There does not seem to be any space for the children of minority communities within the Pakistani government vision of a unified educational system for all. Even worse, in the first years’ books the definition of “Who is a Pakistani?” totally excludes non-Muslims and disparages other faiths. The Holy Quran in Arabic and Islamic Studies are being made mandatory.

Because of this, students from minority communities may not have any other option but to follow the curriculum imposed on them. The SNC (Single National Curriculum) militates against Articles 22, 25 & 36 of the Pakistan Constitution, which safeguards the rights of minorities. It states that “no person attending any educational institution shall be required to receive religious instruction … if such instruction relates to a religion other than his/her own.”

The SNC calls for summoning an army of madrassah-educated holy men – “hafizes” and “qaris” – as paid teachers inside schools. This will surely affect the general atmosphere and the safety of students. It has been observed that “the backdoor entry” of seminary teachers into mainstream educational institutions is a nightmare for minority students.

On Minorities’ Day, August 11, 2021, the Minorities Alliance Pakistan (MAP) staged a protest from the National Press club to the Parliament Square in Islamabad. We demanded the government enact practical and solid steps to stop the misuse of Blasphemy Laws and the forced conversion, rape, abduction and sexual enslavement of girls and women. We urged Prime Minister Imran Khan to implement electoral reforms and to start the development of projects for Christians living in the slums of the capital Islamabad.

On August 31st, 2021, a MAP delegation met with the newly assigned Muslim Cleric Allama Tahir Ashrafi, who is the advisor for National Harmony to the Prime Minister. We explained our ordeal and concerns about these laws and discussed many cases. What I observed during the dialogue with him is that the religious and political leaders of the present government do not acknowledge discrimination or abuses in spite of the evidence, and appear to think that Christians commit blasphemy by merely requesting asylum in other countries.

Minorities Alliance Pakistan urges the Government of Pakistan to take realistic and solid steps to stop the abuses of the Blasphemy Law, which are causing massive human rights violations. We demanded that the Government constitutes a competent Inquiry Commission to look into the cases pending in the courts, to secure fair trials and expedite justice.

Note from Canadian Aid to Persecuted Christians (CAPC):
I believe the laws of blasphemy are inhuman and unjust. Countless families are suffering due to false cases registered against their loved ones. Blasphemy accusations are used to express bigotry, take personal revenge, target personal grudges and settle personal scores. The perpetrators are never brought to justice.

CAPC facilitates legal aid and financial assistance to accused victims of unjust laws and supports asylum seekers and refugees, especially those who are victims of these laws. 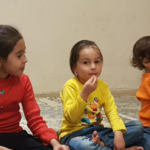